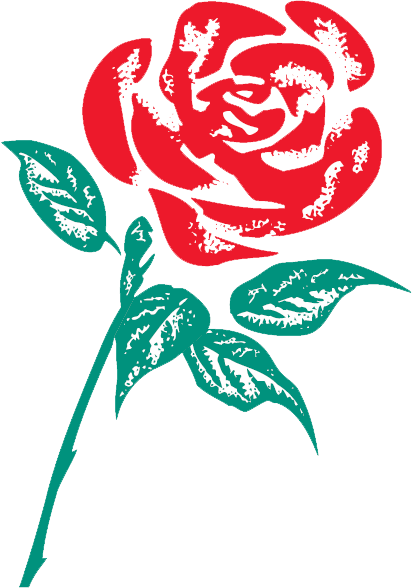 Labour says no to PR.  Is it time for Plan B?

On the Sunday morning of the Labour conference 2021, the headlines had only one story….  Chaos at service stations across the country. Fuel crisis strikes motorists. The government may bring in the army.  The country had ground to a standstill over the previous 24 hours.

Meanwhile, down in Brighton, Labour delegates were busy compositing motions, listening to the conference arrangements committee report and debating amendments to their constitution.  Petrol chaos?  What petrol chaos?  In some ways, such self-absorption was reminiscent of Nazi civil servants who missed the Russian entry into Berlin in 1945 because it was stocktaking day, and they were counting paper clips.

What the party sees as its strength is if you are outside the party, not a strength.  But that doesn’t matter to members and probably never occurs to them.  It is Labour as family. A wholesome sense of belonging. In which members fondly recall having been brought up since children within the party’s warm embrace, delivering leaflets door-to-door with their dad.  It never occurs to them to wonder whether all that family togetherness and the loyalty it demands is entirely suitable for any organization claiming to want to change the world.

The party conference produces policies for the voters, of course. But the policies aren’t part of a coordinated radical whole.  They are dragged out onto the stage like shop window mannequins, dressed in this month’s fashion, then put away under a tarpaulin till needed again. They, too, for all the show, are there to enthuse the membership.  Pollsters and journalists digging around less than a week after the conference found the public could remember none of them.

Over the past couple of years, what the centre-left of politics has wanted from Labour has gradually merged into two strategic goals: the return of freedom of movement and a commitment to changing the present first-past-the-post voting system to proportional representation.  Those represent the foundations on which a return to Labour for the progressive side of politics could be based.

For reasons many find inexplicable, the Labour Party has decided to join the BBC in finding the word ‘Brexit’ unsayable.  Starmer has taken to wearing a metaphorical crucifix and string of garlic around his neck just in case the word should crop up.  So nobody was naïve enough to believe that Brexit or any approved discussion of free movement would be heard from the podium.

But 80% of Labour members declared themselves in favour of a change in the voting system. They made their way to Brighton with flags flying high, to the cheering of all those protagonists of proportional representation outside the party.  Excitement was heightened further amid reports that Cat Smith MP had assured delegates the leadership was behind them.

How far behind them was not made clear.  Starmer and his advisers were nowhere to be seen.  On a show of hands on the conference floor, the idea of proportional representation was approved.  But then came word from the chair that the result was ‘unclear’, and a card vote was needed.

So the motion was lost on the intervention of the trade unions.

My colleagues refer to me as Cassandra because of my habit of repeating the very idea that something must be made to work.  But I wrote in another piece on this site a year ago:

Polls indicate that a significant majority of individual Labour members would also support an alliance, but we shouldn’t be naïve.  Power in the Labour Party lies with its byzantine committee structure and those who know how to work it, including the unions.  Veterans of Labour’s smoke-filled rooms of the past would shake their heads ruefully at the idea that such a concept could get through all the party processes or become policy without the backing of those who wield power.  Too often, Labour’s decision-making forums are a snake pit of competing ideologies and unremitting mutual hatreds.

Members returned from Brighton chastened but not angry.  Next time, perhaps, they tell themselves.  Delegates are schooled in the ways of the party and know not to upset the apple cart.

But what about the rest of us?  Possibly not quite so forgiving.  Where does this leave the progressive centre-left?  What do we take from the conference?  What of those two strategic goals?

It’s clear that Labour has no serious intent to re-address Brexit or any of its consequences.  In fact, since the conference, one shadow minister has declared that freedom of movement isn’t necessary.  So Brexit will continue to cripple our economy, society, and standing abroad, and Labour is happy to let that happen.

But the one remaining hope before the conference, that the party might agree at least to the principle of proportional representation of some kind, is lost.  Next year?  Well, perhaps…  But how long will we have to wait?  And why should the unions change either their position or their tactics in that time?

Any hope that Labour would back PR is gone. And let’s be frank – with it goes any realistic hope of a progressive alliance of all the opposition parties.  It couldn’t succeed without Labour.

The PR vote was a watershed for Labour. The moment when it had to face up to the kind of party it wanted to be.  But it may also be a watershed for the progressive centre-left beyond Labour.  How long can we tag along, hoping Labour will back PR when we know the unions won’t and have the votes to fix it?

As long as Labour is the unknown variable, any alliance advocate is stymied.  As long as we look to Labour to make the idea work, we can only fidget on the sidelines.  So we may need to look for a Plan B.

We all agree that the last thing we need is another party or a further split in the centre-left vote.  But how much is that a refusal to accept that Labour will never change?  It will always be Labour – introspective, controlling, and concerned above all with its party interests.

Whose side is Labour on? That’s the big question.  Plan B is dangerous, hugely controversial (and possibly self-destructive.) Plan B is to cut Labour adrift and accept, once and for all, that it is not a progressive party and is unlikely to change.

And If that is the case, we may need to begin thinking of them not as some recalcitrant family member but as the Opposition.  And that would mean we need to bring Labour down.