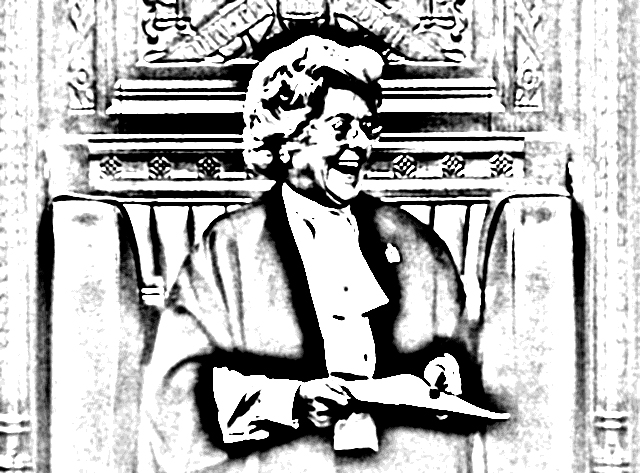 PMQs – or Questions to the Prime Minister to give them their proper name – has become a piece of political theatre over the years. But when it was first introduced, in 1961, it was an important innovation. For the first time, it became the duty of the Prime Minister of the day to come and answer questions from members of the House of Commons on a specific day and time. At first, it was held twice a week for 15 minutes a session but has now settled to half an hour at noon on Wednesdays when the House is sitting.

The concept of the PM being answerable to Parliament is an important one. Under our constitutional arrangements, the Government is not sovereign. Power rests with a concept called ‘the Crown in Parliament’. As a consequence of the Bill of Rights 1688 Parliament – the Commons and the Lords acting together – is where power theoretically resides. But over the years the powers of the House of Lords have been removed and taken by the Commons, and the powers of the Commons have been taken by the government of the day and the party whipping system. The PM sits atop the Parliamentary pyramid and can do pretty much what he likes as long as he has a working majority. For further information, you can read The Elective Dictatorship in the Opinions section of the Reboot website.

PMQs – indeed much of the Parliamentary process – has been little more than theatre for some years but has hit rock bottom under the present Government. A weak Speaker has allowed the PM to completely avoid answering the questions put to him unless they are what former Speaker Baroness Betty Boothroyd has called ‘fluff’: non-questions put by obsequious backbenchers of his own party inviting him to congratulate someone for something or other that makes the government look good. She has also said the PM is demonstrating contempt with his non-answers.

The Speaker has complained to No 10 about the PM’s non-answers but they continue. There are few rules governing the conduct of Questions to Ministers beyond procedural ones but the Speaker does have the ultimate sanction of having the PM removed from the Commons. This is the sanction applied by our Alternative Madam Speaker, a Reboot homage to Betty Boothroyd.

The Prime Minister has not answered the Honourable Member’s question.

May I remind him that this session of Parliament is called Prime Minister’s Questions, the purpose of which is to provide a necessary degree of democratic accountability in respect of the Government’s activities.

This is not just for the benefit of the Members present but also for the public.

The rules do state that the Prime Minister may formulate his responses to these questions in any way he wishes,  but in so doing what he cannot do is fail to address the substance of the question. If he cannot answer then he must say so. Equally, he may indicate that the answer is too complex or time-consuming to give immediately, in which case he will undertake to give a written answer to the Member, which will then be recorded in the proceedings of this House.

What he is not entitled to do is use these questions as an opportunity to evade scrutiny, indulge in politically motivated attacks or simply to change the subject to something that suits him or his party agenda better.

The Prime Minister has failed to answer the substance of the question he has just been asked, so I will invite the Honourable Member to ask their question again and I – and this House – expect him to respond to it in an appropriate manner.

If his response does not address the substantive issue raised then I will consider him in contempt of this House, and he will be removed until such time as he is prepared to honour and respect the House’s constitutional right to scrutinise.