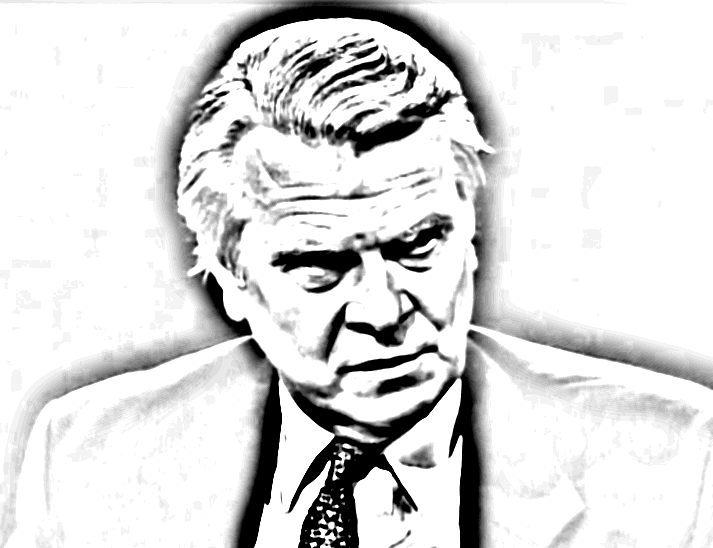 Bring Britain Back – A Patriotic Foreign Policy for Our Era

When you’re Foreign Secretary, there’s no time to sun yourself. Even with your mobile phone on. As the outgoing holder of this centuries-old office has discovered to his cost. The job’s often described as being ‘the country’s chief diplomat’. Which is true. But I’d put it differently.

It’s about patriotism. Upholding and promoting the United Kingdom’s security and prosperity, and the well-being of its population. Through all the means at our disposal on the international stage. A good Foreign Secretary combines being the country’s chief realist with being its chief idealist. Standing up for what’s right. Within the limits of what’s possible. Doing what’s necessary for the country. The world faces its most dangerous period since 1914. Arguably ever. In a nuclear-armed era, with an existential environmental crisis and health emergencies confronting us, we cannot afford increasingly destabilised, chaotic international conditions. But that’s precisely what we’re seeing.

President Xi’s Chinese Communist Party actively seeks systemic competition with the USA and its allies. He’s content to behave in ways reminiscent of the darkest decades of European history – and to cloak his actions in a torrent of propaganda. Russia, under President Putin, another shameless propagandist, attempts to disrupt. He pursues revanchist, brutal expansion in Europe, the Caucasus and central Asia, using Russia’s oil and gas resources and vast nuclear arsenal as blackmail. In the pure image of the Soviet KGB he deploys covert, state-backed and state-executed terrorism, and so-called hybrid war.Both have a vital interest in protecting the personal safety and huge wealth of their domestic political allies, themselves, and their families.

It is the overriding and most urgent task of any British government, to do all in its power to help stem and reverse these deeply troubling trends. Our future depends on it. It is through hard-headed, systematic and sustained cooperation with our neighbours and allies, that we give practical expression to patriotism. Not through jingoism. Or empty, three-word slogans. Or lurches into geopolitical fantasy. They help no one.
Except those who would do us harm. We also, and crucially, do it by recognising essential realities. Where power lies. How it is exercised. And how circumstances are evolving, and why.

In 1950 the United States was, with half the globe’s entire economic output, an unparalleled financial and industrial colossus. The USA, still the world’s hyperpower, is now reduced to around a quarter of the global economy. Its relative position has eroded, as the technology and energy supply advantages it enjoyed spread to others, over time. And the world has become more interconnected, sometimes in ways which challenge democracies and the exercise of legitimate state power. These developments make it harder – but, if anything, more important – for America to protect its interests and, in the process, those of its main allies. Allies which now must make an increasing contribution to the effort.

The USA is indispensable for Britain. The reverse is not the case. We fool ourselves if we think otherwise.

The headline-grabbing Asia-Pacific defence deal, announced by President Biden and his Australian and British counterparts, throws that into sharp relief. The United Kingdom’s nuclear submarine technology has always been part of an American programme. A unique deal, over half a century. Which the Biden administration has now judged it appropriate to extend to Australia. When we talk about the USA, it is about much more than the continental-scale country with its capital city in Washington DC.

Geopolitically, the United States is a global system of political, economic, financial and military structures centred on that country. What we refer to as the international rules-based system is fundamentally dependent on, and to a large extent actually is, those arrangements. It represents more than half of the world’s economy and defence spending. More than double China’s land area. And over a billion people. It is powerfully present across the globe. Europe’s vital contribution to the system is founded primarily on the European Union. And NATO. Both of which are essential to the success of the whole. The UK used to be a leading member of each.

Such are the benefits of a hugely privileged education, and a Bullingdon Club apprenticeship in destroying one’s surroundings, that a quality of extraordinary, arrogant foolishness appears to have become a pre-requisite for Cabinet rank in Her Majesty’s Government. Disregarding, misunderstanding and smashing up our vital alliances, and the essential structures and processes which make them effective is, deeply disturbingly, the philosophy – if such a term can be used – of the Cabinet.

As we have seen, America, under President Biden, is not abandoning its global role. Don’t be fooled by some of the commentary on Afghanistan. The tragedy facing so many is real. Our duty to help those affected, clear. But President Biden has made clear all along, he will implement a strategy of focusing on the most important, core tasks. And doing so with increased, concerted participation from the European Union, Asia-Pacific and other key allies who get with the programme.

The United Kingdom represents about three per cent of world defence spending. About three per cent of the global economy. One per cent of population. And a small fraction of a per cent of land area. For a country of our size and capabilities, facing the massive international challenges outlined earlier, there are three potential ways forward.
Deny reality. Seek a free ride. Or, contribute.

I reject the first. Anyone keen to abandon reality, be my guest. I cannot advise you further. King Canute might want a word or two, though. Trying to free ride is a tempting thought, for some. Get North America, the EU, Asia-Pacific and other major US allies to do the heavy lifting. Fail to contribute. Reap the rewards. It is unconscionable. And doomed. Yet, barely disguised, it’s the policy being pursued by the current British government. What a declaration of political, intellectual and moral bankruptcy. Worse, there’s more than a strand within this government actively seeking a US administration which would throw the world under a bus. One which would abandon Europe. And other core, global commitments. We can speculate about the possible motivations for wishing that. None are good.

There is a patriotic alternative. It requires realism, idealism and determination. First, reverse the strategic error of the Johnson Brexit. There has never been a majority in the country for the Johnson, Vote Leave, chainsaw surgery, bleeding stump approach. A wildly flailing political lurch which tears apart the United Kingdom, and undermines the global alliance on which we depend. The Johnson Brexit has failed. It must end.

We need, as an immediate step, an agricultural and food standards arrangement with the EU. Removing eighty per cent of the bottlenecks at the Great Britain/Northern Ireland internal frontier, recklessly introduced by the Johnson government, in its determination to rip the UK out of the EU single market and customs union. And we must urgently negotiate a return to both. Or substantially identical arrangements. The UK’s economy will bleed out – slowly if we’re lucky; faster than many imagine, if we’re not – if the Johnson Brexit is allowed to continue.

Second, redouble our contribution to global security, through our defence, aid and diplomatic capabilities. Europe’s territorial defence is our defence. The US, under any administration, strongly wants Europe to play a full, much-enhanced part in its own security. As the so-called ‘AUKUS’ deal on nuclear submarines illustrates, global force projection has its place. With our main allies. And with our European house in order

Our overseas aid is both a moral duty and a service to national security. Cutting it is exceptionally short-sighted. Europe, with the UK playing its full part, can truly be the world’s development assistance superpower. In our national and collective interests. Britain’s diplomatic capabilities are hollowed out. The tenures of the outgoing Foreign Secretary and his predecessor resulted in a precipitate decline in the quality, reputation and impact of British diplomacy. It’s our face to the world and our means of influencing it. Leveraging the UK’s economic, defence and reputational strengths, anchored in powerful alliances on our own continent and beyond.

Pretending that our permanent seat on the United Nations Security Council, our membership of the G7, or the ‘five-eyes’ intelligence sharing group, can shore up the position of a self-isolating, so-called ‘Global Britain’, is dishonest and deeply irresponsible.
And it’s seen as such in major capital cities across the world.
No diplomacy can be effective in the face of such a crass denial of reality.

Third, having re-established ourselves as serious partners, we have a chance of making a real difference to the achievement of the most important global tasks facing humanity.
Preservation of the planet.
Prevention of nuclear annihilation and other major security threats.
Protecting public health.
Ending poverty and spreading prosperity.
Fail on any one of these and it’s game over.

To imagine that we can succeed without half the global economy – the US, EU, Japan and other allies – making a joint, concerted effort of historic proportions, is to fool ourselves. And fatally so. To believe that the UK can free ride, in a fantasy bubble of fake-patriotism and historically, strategically illiterate hubris, is to make our country and its people a laughing stock. At best. A pariah state to be contained, by the USA and its allies, at worst.

All these tasks are immensely difficult. They are also risky and expensive. Risks and expense only exceeded – many, many times over – by those of failure.
The catastrophic experiment which the current Prime Minister and his narrow, Vote Leave Cabinet are trying to perform on the country is unpatriotic. Like paddling while Kabul burns.
It undermines our security, prosperity and well-being.
It is reckless.
It is wrong.
It must end.
If not, we will never be forgiven.
So, please, join me. And help bring Britain back