Could a brave Sir Keir Unite the Kingdoms? 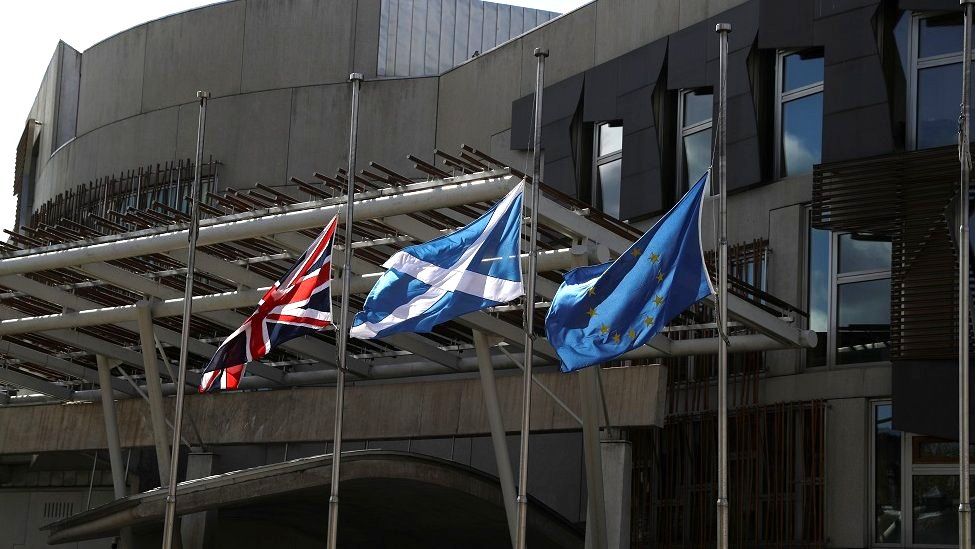 The pro-independence parties combined achieved 49% in the constituencies and 51% in the regional list. The fact that these votes have delivered a 15-seat pro-independence majority has nevertheless caused Nicola Sturgeon to state

“…There is simply no democratic justification whatsoever for Boris Johnson or anyone else seeking to block the right of the people of Scotland to choose our future.”

She’s not messing about.

Sturgeon went on to describe the likely path of the United Kingdom and its government:

“But while we have obviously focussed this weekend on our own election results, the results south of the border reveal an important truth about Scotland and the rest of the UK.

“The majority of people in Scotland back a progressive, inclusive, outward looking vision for the future of our nation.

“And yet we are facing many more years of right-wing Brexit-obsessed Tory governments that we don’t vote for, taking us in a direction we haven’t chosen. And that brings into sharp focus the key question we posed at this election – how do we best secure the kind of country we want to build?”

Nicola Sturgeon contrasts Scotland’s progressive vision with that of Tory governments at Westminster. Escape from right-wing Tory rule is the reason she gives for the independence mission.

But we know that the UK is not a conservative country.

The UK popular vote has supported progressive majorities in every election since the war. All except one. In 2015. In 2015 the combined vote of the Tories, UKIP and the DUP took the right into the majority for the first time in over 70 years. What was different about 2015 was the meteoric rise of the SNP after the 2014 independence referendum. The UK electorate didn’t want a party in power that wanted to disband the United Kingdom. Faced with a Tory ad campaign placing Ed Miliband snugly in Alex Salmond’s pocket, the electorate lost their appetite for supporting a Labour party that was looking very likely to need the SNP’s support to take power.

Nicola Sturgeon doesn’t want the people of Scotland to know this, but the majority of people in England back a progressive, inclusive, outward looking vision for the future of their nation too, and the strength of the SNP is a major factor in stopping them achieving that vision.

Just as the anti-Independence vote in Scotland is divided between three parties in the constituencies (so allowing the pro-Independence parties to win a 15 seat majority on 49-51% of the vote), the progressive vote in the UK is divided between Labour, the Lib Dems and, increasingly, the Greens. Boris Johnson’s Conservatives can romp to an 80 seat majority on 43.6% of the vote as a result. Not because the UK is a conservative country, but because the UK has an unequivocally dreadful electoral system which distorts the preferences of the electorate in favour of anyone who can unite the right.

Scotland will continue to support the SNP and independence and the UK will continue electing the Conservatives until the left and centre realise we need radical change. Someone needs to have sufficient vision and wisdom to unite the left and centre behind a plan to reform the electoral system to one which gives the Scottish, English, Welsh, and Northern Irish people the governments they both want and deserve.

While Scotland embarks upon another five years of constitutional bickering with the UK government, the Labour party appears to be embarking upon yet more years of internal bickering of its own. Labour will not become the next governing party of the UK if it continues on its present course, and the Scottish people see no route out of being governed by right-wing populists as a result.

There is one thing that Keir Starmer could do that could make him Prime Minister. It could also unite Labour members in common purpose, and allow the Scots to see a permanent route out of majority Tory rule without separation.

What should Labour do now?

Keir Starmer needs to propose that all of UK politics that sits to the left of the Conservative party unites to stand one constituency champion against each Conservative (and SNP) candidate at the next election.

Keir Starmer needs to embrace the clamour for proportional representation that is spreading throughout his party and make it one of the key policies that would be delivered in the next Parliament.

And Keir Starmer needs to address the infighting in the Labour party by announcing its dissolution. The Labour party has floundered as an inconsistent brand for too long. Maybe it needs to be two consistent brands with distinct agendas that can unite and motivate all members of the Labour movement behind defeating Boris Johnson? Labour will never win again by only motivating half of its membership while alienating the other half.