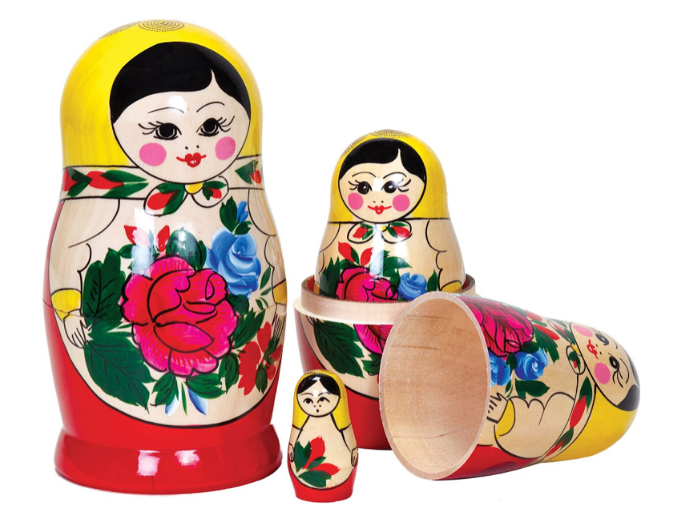 The recent BBC rescreening of their 1970s John Le Carré adaptation contained much with contemporary resonance.

“Ever bought a fake picture?” Smiley asks Esterhase. “The more you pay for it the less inclined you are to doubt it”.

“I read Tinker, Tailor, Soldier, Spy at school”, Boris Johnson told The Atlantic, in an interview released on 8 June. “It presented to me this miserable picture of these Foreign Office bureaucrats… For me, they were the problem”. The problem being Britain’s loss of mojo. Due to declinists who let it happen.

The Prime Minister’s notion of Britain’s rightful place – superpower, or perhaps opportunistic, piratical cakeist – was, as Le Carré recognised, wholly anachronistic when Johnson’s generation came into the world. All the more so by the time he was photographed posing with the Bullingdon Club.

Many of Johnson’s contemporaries grew up to develop broadly realistic perspectives. Others stayed frozen in time.

The main characters in Tinker, Tailor were born in and around the First World War. Kim Philby, the original for Bill Haydon, in 1912. As Haydon and Smiley started their ascent through British Intelligence they realised they had been sold a lie. Empire was already over, bar the shouting. Successful management of Britain’s transition from former hyperpower to normal-ish, small-ish, highly industrialised country at the western extremity of Eurasia was vital. Denial was for dolts.

Both saw the truth. Haydon’s reaction was treason. Smiley’s, a sometimes weary patriotism.

Fast forward to the elite 1950s and 60s babies. Eton and Oxbridge, or school and university milieus which aped them. Social-professional environments in which, to aid advancement, an ambitious Gove or Johnson would simulate what they imagined to be an aristocratic mien.

Not always wittingly on the part of their mentors, the lessons today’s Johnsonians took away were woefully divorced from reality. And, consequently, unpatriotic. If, by patriotism, we understand the promotion of the security, prosperity and well-being of the country.

You will rule, they heard. Or chose to. Britain is great. America, a by turns contemptible, thrilling and terrifying upstart. Foreigners, bad or inferior. Britain, betrayed by feeble, effete, failures and communists. Otherwise, it would still be ruling the world. Proof? Britain ‘stood alone’ and ‘won the war’.

Later, rubbing shoulders with billionaires, they thought they had discovered that super-capable ‘sovereign individuals’ (a phrase coined by William Rees-Mogg) would inherit a tech-and-data-fuelled future. The rest could go hang, along with their quaint ‘nations’ and ‘governments’. Later still, fancying themselves visionaries, they half-digested second-hand fragments of Silicon Valley conversations about ‘bootstrapping unicorns’, and ‘the singularity’.

Lacking direct experience and intellectual capacity, they never understood the nature and finality of the changes which sealed Britain’s fate: profound structural shifts driven by the spread of energy availability and economically transformative technologies. This became denial: loss never happened or was reversible. Allied, dissonantly, to victimhood: feeling robbed by the incompetence and treachery of those who preceded them.

In a fictive mental universe belief trumps truth. As does cynicism: when everything is belief, who spins wins. And narcissism: when all is fake, what is left but self-advancement?

Angry, nostalgic, solipsistic, revolutionary fantasists. In the absence of a yearned-for, but unavailable, sweeping power to direct people, resources and events, distracting themselves by ever more reckless attempts to escape their frustration and listlessness.

This collective of sleepers, programmed not by the Soviets but by England’s ancient institutions and their imitators, is now activated. A Manchurian Cabinet. Its task to eradicate post-imperial Britain and install an alternative. A fever dream of a never-existing, freebooting, Elizabethan England allied, improbably, to an 1870s Britain at the height of its dominance.

No room for a social market economy, national health service, rule of law or, indeed, commonly held notions of truth or decency. As for geopolitical reality, forget it. The failure to appreciate Britain’s circumstances is total.

The fundamental truths of the last three-quarters of a century are, and remain, that without the economic and security infrastructure guaranteed by the USA, Britain is helpless. And that there is no viable alternative in any foreseeable future.

The US-led system requires control of the eastern and western ends of Eurasia. Which is why the Americans have invested so much in European integration and the Euro-Atlantic Alliance. That there has been a relative erosion of American stand-alone power, massive though that power is, only increases the need for a stronger EU, in partnership with the USA and global allies. Unless it fully pulls its weight, Britain is either a weak irrelevance or a pariah to be contained. There will be no free rides for self-styled British buccaneers.

Worrying that the USA might give up on European and other allies is, perhaps, understandable. Pretending that would be anything other than a catastrophe, or that Britain could escape the consequences by quitting its responsibilities and attempting to metamorphose into a ‘nimble dolphin’, is foolish and dangerous in the extreme.

Even Bill Haydon would have baulked at the approach some are promoting: holding out for a future US administration which would happily throw the world under the bus.

A twenty-first-century echo of Britain’s experience from around 1900 onwards is challenging the American global system. In the process shaking, coarsening and polarising politics in many countries. The betrayal of Britain, though, has a special, bitter odour. The first global hegemon, unable to adapt to normality. Once deciding the world’s rules, now pretending it can ignore them. Recently a leader of Europe, now less able than Luxembourg to assert itself. Shrinking its home market from the size of a continent to smaller than its own country. Shouting sovereignty while demanding and forcing through a deal which fractures, and likely breaks up, the United Kingdom.

“What’s this about, George?” says Esterhase. “It’s about which master you’ve been serving, Toby”, Smiley replies.