What is wrong with the English? 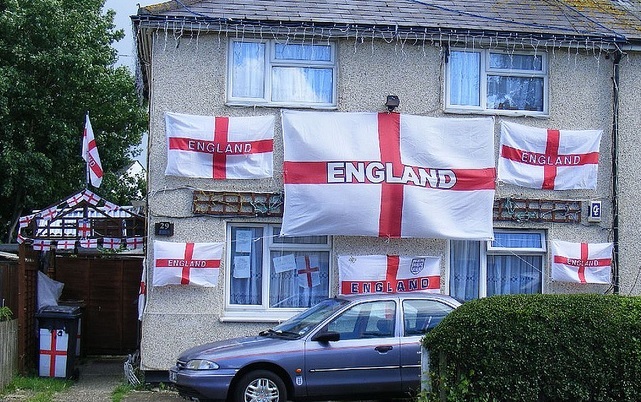 My first thought on being asked this question was, thankfully, “Not much,” and certainly not before 2016. But my personal straw poll feels increasingly out of place post-2016.

So what’s changed? There is the perennial problem that too many are constantly looking back to the past and old glories  – but given some of those are good glories, why should you not?

Just how much of English cultural history is now only ‘in the past’ was brought into sharp focus in 2016. There’s a lot the English can be proud of with leading industries in fields such as music and film, video game development and more serious subjects like science and technology research where the UK enjoys a world-class skills base. The problem seems to be that, for many, none of these matches the glory days of Empire and conquest.

And therein lies the issue, doesn’t it? When you once ruled a quarter of the globe but your power has since diminished, what ‘high’ in the now could top the high of the past? It’s a bit like the lead singer of the rock band who turns to drugs because nothing in real life can compare to the adulation of a 200,000 strong crowd screaming your words back to you at an epic concert.

Added to this, England is the dominant partner in the UK. A measure of devolution may have rendered some powers to Scotland, Wales, and Northern Ireland, but in reality they are still subservient to Westminster. This gives the English the façade of ‘power’ even if much diminished compared to its imperial past. Politicians seem wedded to the idea that this is important (even though it’s not) but power is in itself a desirable and highly addictive drug. For some.

Here lies the crux of the issue. The English have hung on to the idea of ‘Empire’ via the proxy of being the dominant partner in the UK and this has meant a loss of identity, direction – and a focus on the past. The other UK nations – Scotland, Wales and Northern Ireland – ‘needed’ to maintain their own identities to prevent becoming subservient, and maintaining their unique identities gives them strength. Particularly in Scotland’s case, it is that sense of identity, separate from England, that is helping to drive the ambition for independence. Ironically, these identities were strengthened when devolved powers were won. Unlike England, which lost powers, devolution boosted these nations’ identities further. They also revealed the truth about the lack of identity for England, so heightening introspection and the search for a sense of belonging in the past.

Scotland, Wales and Northern Ireland can therefore look forward to a time when they may be independent. The Union is under great pressure and may be gone within a generation. That means you – the English – must think about what your future identity will look like. Who are you, what do you want, what do you want to be?

For a country like Scotland, which has added, historically, so much to the world’s rich tapestry with many inventions, the Scots diaspora and the Enlightenment, devolution has only increased our ambitions. The Scots, due to the enclosures (we won’t discuss that here) have always been an outward looking people, unafraid to step on to the world stage and make independent choices as to where they went, who they made friends with and who they partnered with. They were happy to look at other people’s ideas and say, “Hey, that’s good!” and bring those ideas back to Scotland and use them positively, to enhance their own nation – think Scottish law and the Scottish education system as just two examples.

So England – and therefore English identity – finds itself in a no-man’s land, locked in a fantasy of a time gone by that will never return, insular and ineffective. Its ‘last gasp’ effort to regain identity by leaving the EU has in fact made its insularity even more apparent to outsiders.

One wonders when the penny will drop.