A Eulogy for an Englishman 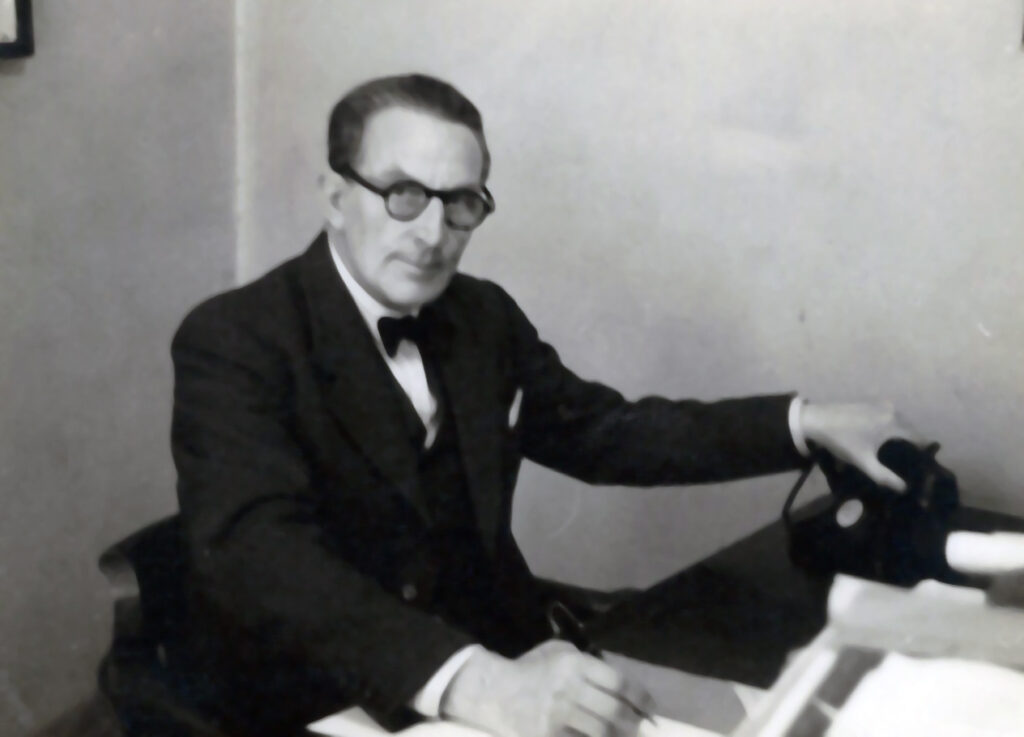 There are those who reference Spitfires and the Dunkirk spirit, warm beer and stiff upper lips, and wrap themselves in the flag of St George but for me my grandfather Arthur Wallace, born 1895, represents the spirit and values of true Englishness. I’ll begin with his story.

Arthur’s parents were one generation away from service. His grandfather was a gardener on a big estate in Hertfordshire and one of his mother’s sisters was cook to the Governor of the Bank of England.

He married my grandmother in 1921 and my mother came along in 1923. In the early 1930s he bought a house off the plans with a legacy from his Aunt Bessie – a typical 1930s mock Tudor semi with a big garden. He was the first in his family to own a house. It was his pride and joy.

In 1936 he was seconded to the Ministry of War and travelled the country inspecting factories that could be converted for war production. He was a fire watcher during WW2 and the family stayed together – no evacuation for my mother and uncle. “If we go, we go together.” Arthur was one of only four in his WW1 battalion to come through unscathed. Fatalism was in his bones.

He saw my uncle go to university – the first in the family to do so – and become a plastic surgeon. After his retirement he spent his time in his beloved garden, playing the violin and working on his stamp collection. He loved his grandchildren and told dreadful jokes. He paid every bill the day it arrived. My grandmother died in 1975 and he followed her in 1978. The duodenal ulcer acquired during WW1 had perforated.

My grandfather and his generation saw huge changes during their lifetimes – social, scientific, economic. But what didn’t change was the values they lived by – a code of behaviour that cemented society from top to bottom. They took responsibility for themselves and the wellbeing of others. Honour, decency, respect, duty and public service were their watchwords. And that’s why Arthur Francis Wallace, grandson of a gardener in service, always voted Conservative. He was enough of a Victorian not to worry about the fact that they were all toffs – that was the natural order of things for someone of his generation. They may have been paternalistic but they exercised noblesse oblige. There was a basis of shared values. They were gentlemen, and because they were gentlemen they were trusted.

I am so glad he never saw the ravages of Thatcherism and what we now know as neo-liberalism. He would have been so shocked at what ‘his’ party had become. Successive governments – Labour and Conservative –  have failed to dismantle her toxic legacy. And the current government has shamelessly taken us to the nadir – a corrupt, populist, narcissistic proto-Fascism beyond anything even Thatcher could have envisaged.

Honour. Decency. Respect. Duty. Public service. My grandfather’s values. English values we can build on. An 18th century constitution won’t do for the 21st century but values are eternal.