The Case for Democracy Hubs 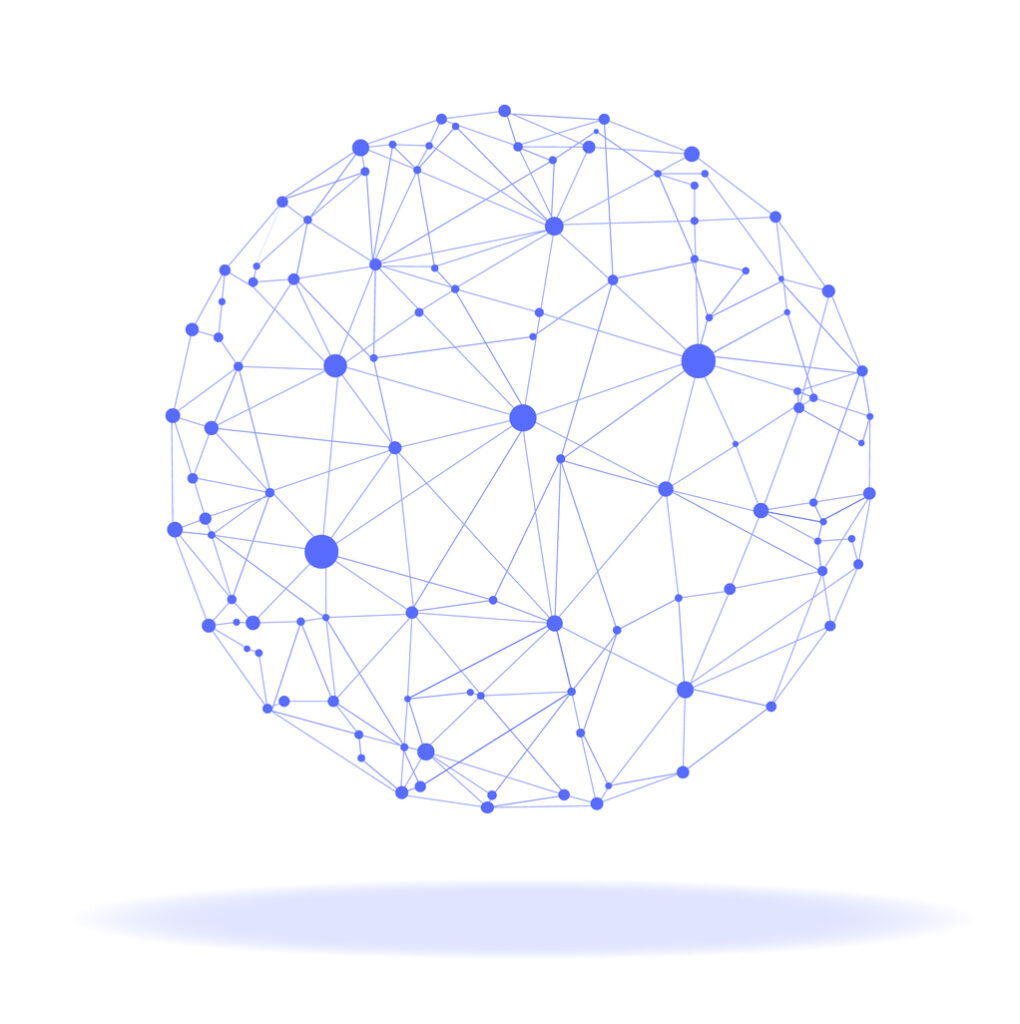 There is a democratic and equality deficit in the United Kingdom.  Our First-Past-the-Post voting system continues to elect governments without a majority of the popular vote and rarely reflects the majority’s views. The number of disengaged people who neither vote nor even register increases every election.  The Brexit Referendum blasted a hole in the British Constitution, which is based on representative democracy. Divides are being pushed wider open with the growth of nationalism in the non-English nations of the British Union and the Northern Ireland Protocol.

Socially we continue to fragment. The 1% control more of the wealth and power in the country, while young people cannot find affordable accommodation and the living standards of working families are falling. Our pensions are the lowest in the developed world, leaving some with malnutrition and misery. Universal Credit is set below the poverty line to ‘penalise’ those unable to work. There are millions of working poor due to the level of wages paid or insecure work.

How can change come about with all the odds stacked against us? Our print media is controlled by non-domiciled media barons pushing an agenda that strips power from the populous. The BBC is cowed and being infiltrated by Tory appointees.

The Tory government is now set to take away more freedoms. These are the right to protest with the Police, Crime & Sentencing Bill, the right to campaign together with the Elections Bill and the right to refuge with the Nationality & Borders bill. The right to NHS treatment, good working conditions and a clean environment seems to be the next round of targets.  And all this is set against the background of a global recession and the realities of the Climate Emergency, which now feature on our screens daily.

A powder keg builds up, and we know that violent action never does anything significant other than burn the house around you.  So,  what do we do peacefully and constructively?

The whole edifice of the State is based on our passivity as citizens. We are expected to accept the limited options available to us. Just put our tick on a voting slip every four years, and someone that neither looks nor sounds like us is returned as your MP and then goes on to ignore you. Their expectation is we will return to consumption, TV and lap up the good vibes created by a media that fails to show us any uncomfortable realities.  As things get more uncomfortable many are in deep distress and are looking for a way out of this nightmare.

We have been considering how to respond.  What can we do as a civil society? First, we have to rethink the standard operational model of campaigning. Most campaigns run on the model of mobilising. A core group of experts give instructions to local activists to act in ways the core team has decided will have the most impact.  Constraints on ‘joint actions’ in the forthcoming Elections Bill may well make this model no longer viable. (See separate briefing on the Elections Bill for details.)

What is the alternative? We can shift to organising and mainstreaming. Organising puts the leadership and power of local knowledge first. The local groups decide what action will be most effective, working collectively to solve the problems communicated to and from the central team. What the core team then does in this scenario is to act as a feedback loop, taking the lessons learnt from the grassroots groups and making that knowledge publicly available to the broader community.

Link to the Call for a Progressive Alliance

Reboot GB advocates a Progressive Alliance at the next General Election.  It is clear from the electoral returns and current polling that no one progressive party can win against the Tories in England.  Tribal loyalty is very high in the Tory party. It is challenging to make Tory voters change their allegiance. So our efforts must focus on everyone else. So rather than be divided and fail, we need to unite and win.

We need a short-term pact between the centre-left parties to not campaign against the candidate best placed to win against the Tories. That will require some understanding of what an Alliance administration seeks to do.  Much argument goes on as to what the package contains. Proportional representation and constitutional reform of the Union and our democracy has to be part of the offer. Other areas of explicit agreement include: protecting the NHS from privatisation, stepping up climate change mitigation and protecting our towns and cities from flooding, making elections fairer by controlling political donations and ending corruption.  No doubt there are more areas where common ground can be found in the face to face talks that are needed.

Getting out the pro-Progressive-Alliance message has three levels of audience;  civil society groups, the voters who will support the chosen candidate, and the political parties and their members. Everyone needs to understand the case and support an electoral pact to rid us of this Tory administration.

To make change happen needs a lot of things to come together.  You need a message that resonates, then to have the money and human resources to reach enough people for the message to enter the mainstream. That requires a communication and backroom system that organises and supports disseminating your call to action.  Generally, that requires oodles of money, many millions. It is estimated that the Tory party will have over £30 million in their war chest for the next General Election. So if you have little money, what can you substitute? Bodies on the ground.

Campaigns are won by local people talking to local people and winning them over.  Sure, you can bus them in from HQ, but it is much more appealing if someone you know gives you information than a ‘celeb’ politician turns up for a 10-minute glad-handing session.

Democracy Hubs, therefore, need to be spaces where people can gather to discuss politics without being pressured to join anything. To build trust between political party members, you need to talk to them and understand what you have in common, rather than demonising them as ‘the other’. When trust is established, joint action becomes more likely as we learn to cooperate.

One thing that every democrat wants is more people to participate in our democracy and vote.  A simple but profound action is getting disengaged voters to register to vote. The obvious target is young people who have not voted or for whom it is their first election. We know more young people are progressive than not. So every additional person added neutralises the bias towards older, more established and right-wing elderly voters.  That makes a register to vote campaign an excellent place for Democracy Hubs to start.

How to Support Democracy Hubs

In Reboot’s view, the new Elections Bill means we need to change how we work with local activists. So we are calling this ‘Open Source Democracy‘. Rather than being control freaks at the centre, we shift. Our new role is freely providing the collateral that is generally held by national campaigns open to all.  This new way of doing politics has various advantages over traditional mechanisms.  The first is that local people understand what messaging works much better than a central team. Professional input can be used by personalising material supplied to accommodate individual experiences and conditions. Locally they know what the sitting MP has or has not done better than HQ and what issues will cut through. These are the lessons of Chesham & Amersham.

Secondly, it is more secure when your right to campaign can be cut off at any time. (Under the Elections Bill draft, the Secretary of State could veto which groups are allowed to campaign during an election campaign). We can reduce the risk by having unbranded ‘Democracy Hubs‘, which no group owns or controls.  The individuals in those local hubs may be members of multiple civil society organisations and have access to their materials. Still, there is no coordinated ‘campaign’, so it can’t be stopped by diktat.

Of course, we can make open-source materials available for groups to personalise. But if the central group doesn’t print it, there is no ‘central imprint’. By using the local groups’ name, not yours, there is de facto no centralised campaign. In that case, it is just an individual campaigning organisation on the ground legally distinct from your group—the Town (X Placename) for a Progressive Alliance. Just so long as they don’t spend over £700, they don’t’ need to be a permitted participant. Based on experience getting £700 for a local campaign is always a struggle. Still, if any group is too successful, it divides like an amoeba. It becomes a smaller unit – Village X for a Progressive Alliance.

As the Fixed-Term Parliaments Act is being repealed, elections can happen at any time, so planning ahead as a campaign may not always be possible. You will not know if you are 365 days before an Election and will be impacted by the Elections Bill’s new spending and association limits. So watching the expenditure now becomes essential to group governance. So if your group is hitting the £700 mark, take action and divide and re-emerge as a smaller unit to avoid having to register as an election campaign actor.

The possibilities are then endless and, therefore, much less controllable than big-name big-budget campaigning groups.  We are consequently playing in our territory, local activism and local fundraising. Progressives have the advantage in numbers. Big money cannot deliver boots on the ground, and local people are having truly local discussions.

What happened when the Campaign Period Starts?

By then, let’s hope we have managed to build consensus either locally or centrally for a Progressive Alliance. In that case, any local Democracy Hub will want to support the chosen single candidate to oppose the Tory candidate. However, life is not always fair or logical. You may be in a situation where tactical voting is the only option for your area. The Democracy Hub will need to educate locals on tactical voting, encourage people to swap their votes with those in the rest of the country, and support the candidate with the best chance of winning the seat.  Every campaign needs foot soldiers, and your people can support the best option candidate by leafleting, holding stalls, door knocking and attending hustings.

So, right now, we need to all play the long game against this government’s attempt to stifle our freedoms. We can set up local unbranded Democracy Hubs, and let’s forget turf wars between organisations. We need to unite to defeat a Parliament that does not look like us, share our concerns, or even desire to make life better for the 99%.  To civil society, the choice is to team up with others and collaborate or face your permitted participant status working against your core organisational goals. We all need to Fix Britain and regenerate this democracy, one hub at a time.