Labour and the Progressive Alliance

A Progressive Alliance is Labour’s Watershed: Is it Still a Serious Political Party?

Peter Thurlow was a Labour member for 45 years, has been employed by the Labour Party to win elections (though he’s lost a few too), and has spent 30 years in professional campaigning and political public relations. 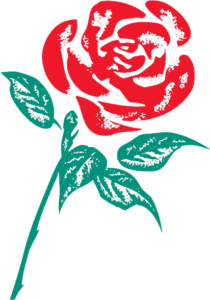 The idea of a politically progressive alliance of centre-left parties to take on the Tories has grown in popularity, to the point where it is almost the only positive idea in town.  But for that to work, it has to include the Labour Party.

Many Labour members candidly admit that an alliance may be Labour’s best chance of winning the next election. Perhaps, given the scale of the task of over-turning an 80 seat majority, it is the only chance.  According to Best for Britain, Labour would win 283 seats, still one less than the Tories if it fights the next election alone, but as the dominant partner in a progressive alliance could win 351.

But it’s difficult to gauge how far that idea has taken root in Labour’s consciousness.  Even for some of its supporters, it remains the idea which dare not speak its name.  To date, 166 constituency parties have signed up to the concept of bringing proportional representation forward at the party conference in the autumn.  But that means 482 have not.  One-third of Labour MPs are said to support an alliance, but that means two-thirds don’t.

Polls indicate that a significant majority of individual Labour members would also support an alliance, but we shouldn’t be naïve.  Power in the Labour Party lies with its byzantine committee structure and those who know how to work it, including the unions.  Veterans of Labour’s smoke-filled rooms of the past would shake their heads ruefully at the idea that such a concept could get through all the party processes. Or indeed become policy without the backing of those who wield power.  Too often, Labour’s decision-making forums are a snake pit of competing ideologies and unremitting mutual hatreds.

Even if the motion passed, it wouldn’t dictate policy.  That would still be up to the party leader Sir Keir Starmer and his advisers.  He has hinted at sympathy for the idea of electoral reform, which might mean he would countenance a temporary alliance that would help him achieve it.  Right now, the party HQ  seems wholly preoccupied with winning back lost Red Wall seats.  Focus groups from voters there seem unlikely to identify voting reform as a high priority.  So for Starmer to deviate from the Red Wall to broader issues of progressive political reform will take a dramatic change of focus.

Labour’s culture is tribal and can sometimes be viciously so.  That culture tends to look on others of the left with disdain. Labour’s traditional role is to ‘Fight the Tories!’, as an end in itself.  An ex-member of Labour’s National Executive points out that actually ‘Beat the Tories!’ often doesn’t seem to be high on the agenda.  And since this is Labour’s allotted place in the political cosmos, they expect other parties to fall in line behind them and know their place in the pecking order.

Corbyn’s left refuse to work even with the rest of Labour, let alone with other parties.  For them, any kind of pact is a sell-out of socialism.  They aren’t interested in giving away control when their fervent desire is to seize it.  But that desire for control doesn’t extend to winning general elections, which perhaps they see as also being tainted, by giving away control to the voters.  So for some, winning and keeping control of the party is quite literally more important to them than winning a general election.  Many on Labour’s hard-left would salivate at the prospect of Starmer’s defeat, because a Starmer victory would leave them powerless.

Labour never loved Blair and, in a sense, it begrudged him his striking success.  He was not really one of the tribe; he didn’t wear the war paint or dance the war dances.  There was almost a sense of relief in some quarters when Iraq brought down his air of invincibility. ‘We can’t lay a glove on him!’ Tories had complained, and some Labour members watched his successes with mixed feelings.

Two days after that first triumph in 1997, I was at a dinner party of activists hosted by our almost-successful candidate.  (I had been the organizer, and we had come close to taking a safe Tory seat.)  What was striking was their disdain for Blair, contempt even, already dismissing him and looking beyond to ‘true Labour values’.

As history shows, winning general elections has perhaps never really been a “true” Labour value. So here was a conundrum.  Blair had just won a resounding victory, but the electoral victory wasn’t what they wanted.

Yet today’s idea of a progressive alliance rests on all the parties involved being asked to give up some of their prize policies and values. Or at least place them on hold for a single term for the sake of winning a bigger prize.  And if winning isn’t always top of their values hierarchy, what is the chance of Labour being prepared to agree?

Labour is in this uncomfortable situation partly because of our first past the post electoral system.  It is destroying both major parties, and it’s not only Labour who can’t see it.  Both are proud to proclaim themselves a ‘broad church’, able to absorb those with widely divergent views.

But this has become nonsense, as Johnson’s sacking of his Brexit unbelievers proved.  Too broad a divergence means they can’t speak with one voice. That’s Labour too.  Like the Tories, the pretence at a wide divergence means any cult can make off with the party from under its traditional supporters’ noses.

Yet for many Labour members, the possibility of an electoral alliance would be an admission that the party can no longer do it by themselves.  But the evidence for that doesn’t depend on the question of an alliance.  It’s only too clear to see elsewhere, in the literally thousands of small independent groups which have sprung up in the past few years, more or less since the Brexit referendum.

We are now awash with pro-EU groups, electoral reform supporters, supporters of a republic or fighters against climate change.  They are in every town and county of the land, and they are going about politics in their own way.  There was a time when those people would probably have joined the Labour Party.  But not any more.  It no longer meets their values.

Some of these groups are naïve or incorrigibly impractical, but many are not. They are already talking to each other – comparing ideas, creating links, using participatory processes to work in new ways.  All of us in these groups, like RebootGB, are still what some politicians refer to as ‘plankton’, a long way down the political food chain. Yet, they are there because the traditional party structure has failed us all.  Starting at the bottom is not just the only way to do politics these days; it is the shrewdest way. The base is also the place party politics draws on for its ideas and testing new ways of doing things.

That alone ought to give the Labour Party pause for thought.  Part of their natural constituency, those prepared to fight for the progressive politics that Labour believes in, have deserted them.  Hubris and complacency won’t win them back. Yet there still seems no awareness by the party of these groups’ potential power, or whether they represent either an opportunity or a threat.

A Mountain to Climb

So much for Labour’s internal culture.  But to contemplate a progressive alliance with other parties locally means shaking hands and working with those who have been bitter enemies on the doorstep for years.  Across the country, in constituencies, there are petty animosities and historic jealousies between the parties. This presents a considerable hurdle to working together.

Those animosities aren’t precisely the same across the board.  In Scotland, the chief hostility is between Labour and the SNP, between whom a bloody gulf yawns.  In England, Labour has often dismissed the LibDems as anaemic Tories. Where local authorities have needed a coalition, stranger bedfellows than these have had to work together.  All those local feuds will stand in the way of a potential alliance.

Finally, voters themselves need to be persuaded to support any Alliance.  They may resent being parcelled up and told that though last time they voted Labour, this time it will have to be LibDem.  Bloody mindedness alone might persuade them to place their cross against the Tory.  Greens might quickly turn away from voting altogether if presented with just a Labour candidate. Or Plaid Cymru voters be damned if they will vote Labour only because somebody has told them to.

This will need to be addressed by a single campaign under a progressive alliance banner – any candidate will have to be prepared to stand under a manifesto for change, to endorse a single-term campaign plan. During any long election campaign, the alliance candidates would be vulnerable to the Tories’ charges that they have abandoned their principles to support whoever is the chosen bogey man. But the stakes are now so high that we have to try. The next general election is a choice between a more repressive, increasingly one-party state or those for a progressive future. Reclaiming democracy for the 99% against the interests of the 1%.

For Labour, the challenge posed by a progressive alliance may be a watershed for the party.  To accept it would mean changing their entire culture.  That would take a colossal act of humility, and Labour’s stance has shown this will be hard to stomach.

But to refuse our challenge would be to commit themselves, stubbornly and probably knowingly, to become the block on change. It would probably ensure the continued domination of an increasingly right-wing and self-interested Tory party. Or put it another way, to be an utter failure of everything Labour has claimed to represent over the past century. A progressive future for the British people.